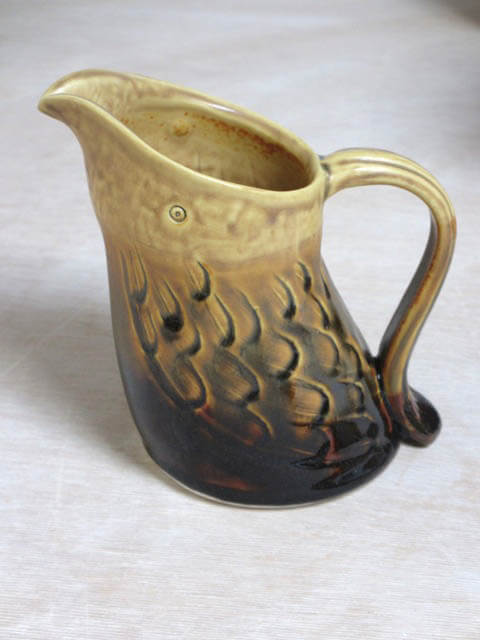 This year 19 pottery studios from across the state including Nancy Button’s Fireside Pottery in Warren will be open for the MAINE POTTERY TOUR on May 3rd and 4th.

With tour legs in southern, central and mid-coast Maine, there are as many different styles to see as there are destinations! For maps and more information on each of these legs of the tour, go to http://mainepotterytour.blogspot.com, or find them on Facebook at Maine Pottery Tour.

The participating potters have cleaned up their work spaces and are welcoming visitors to their studios to see the work they do. All are happy to talk with you about making pots, how they work with clay and the different techniques they use to decorate and fire their work. Get an inside glimpse into the life of a potter, tour their studios, peek into kilns and know that your purchase is supporting your local creative economy.

Be sure to look for the signs!

The tour is expanding each year and is always adding new potters. You can find out more information by going to http://mainepotterytour.blogspot.com for maps and photos of the work or find them on Facebook at Maine Pottery Tour. 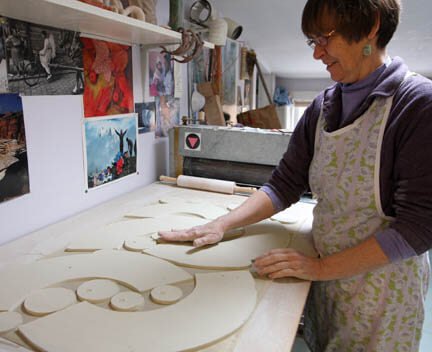 Having been a potter for 40 plus years, I’ve seen a lot of changes in how we craftspeople are perceived, as well as how our work is received by the public.

My observation of the place of craft in contemporary culture began in the late 60s, as I followed my mother to craft shows where she sold her pottery. For the longest time the argument was about craft as art. Check out an old Ceramics Monthly magazine from the 70s, 80s or 90s, and you’ll most likely find a commentary or letter discussing this point. The debate raged as more colleges developed under-grad and graduate programs in ceramics and other craft mediums. Clay artisans began referring to themselves as ceramicists, or ceramic artists. And many were just that, creating fabulous sculptural and conceptual 3-D art.

But there were many more of us who continued to arrive at our studios every morning to produce repetitive functional pottery, as potters have been doing for thousands of years. Where did we land in this debate?

We strove to make pots that brought beauty into people’s homes and daily domestic rituals. We committed ourselves to making a living doing something we loved. For most of us this meant letting go of a financially secure life. It also meant paying closer attention to what our customers wanted and what they could afford than many of our more art identified friends in ceramics.

The craft-as-art debate continues to rumble, though craft based mediums (such as wood and clay) have gradually found their place in the world of “fine” art, and are more readily recognized as such today. As teacher and potter Pete Pinnell says in his commentary for an exhibition of cups, what defined art as separate from craft throughout time was its non-utilitarian nature. One did not TOUCH art, much less bring it to our lips! I’ve included the clip below for you.

And as for we artist/producers? The recent flood of eager, ambitious young producers has changed the landscape again. In the past few years the word “maker” has found its way into our conversations and our psyches. Making has again acquired cultural dignity in contemporary life.

So now those of us who continue to show up every morning to make beautiful functional ware are enjoying a more favored position in our cultural landscape, and it’s a good feeling. But when you get right down to it, we’re still doing what we’ve been doing all along; showing up day after day and doing the work that presents itself. 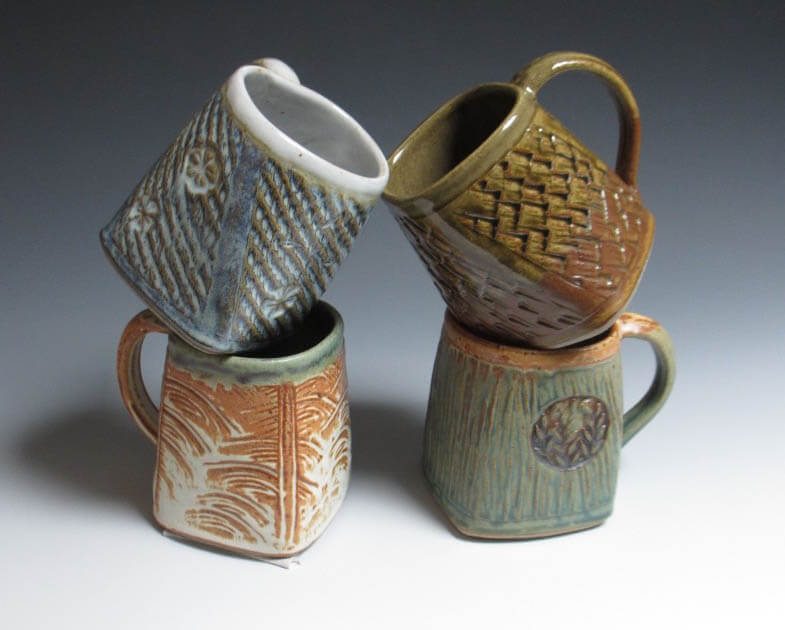 It has been exciting to see the many posts on the Maine Pottery Tour’s Facebook page as this weekend’s tour approaches. I like the feeling of a communal effort across the state that social media allows us to experience. I’m accustomed to feeling fairly solitary in my work efforts, but now I can see that while I am swinging into gear for a busy season, so are dozens of other potters across the state. They are making the pieces, loading up their kilns, and experiencing the pleasure (and yes, sometimes disappointment) that accompanies a kiln opening. I’ve just opened my second kiln of stoneware this morning, and am for the most part pleased with the results.

More than 40 pottery studios across the state will be open for the MAINE POTTERY TOUR on May 2nd and 3rd including 8 nearby studios in Knox and Waldo Counties: Siem Van der Ven of Van der Ven Studio in Lincolnville, the community clay studio Hope Clay in Hope, Patricia Hubbard of Hilltop Pottery in Thomaston, Ariela Kuh and Meghan Flynn in Lincolnville, Betsy Levine of Prescott Hill Pottery in Liberty, Barbara Walch of Barbara Walch Pottery in Thorndike, Austin Smith in Camden and of course myself at Fireside Pottery in Warren. Hours are Saturday, May 2nd 10-5, and Sunday, May 3rd 11-4. Be sure to look for the signs.

The participating potters are welcoming visitors to their studios to see their process, as well as view, finished pieces. All are happy to talk about how they create, decorate, and fire their work. Get an inside glimpse into the lives of these potters, tour their studios, peek into kilns, and know that your purchase is supporting your local creative economy.

The tour is expanding each year and is always adding new potters. There are as many different styles as there are destinations, with tour legs in southern, central and mid-coast Maine, For maps and more information on these different areas, visit the Maine Pottery Tour Website or find them on Facebook at Maine Pottery Tour.

I would love to hear your comments below. If you’d like to hear more about my thoughts and see what’s going on in the studio sign up for my newsletter by clicking here. We hope to see you at the studio this weekend!